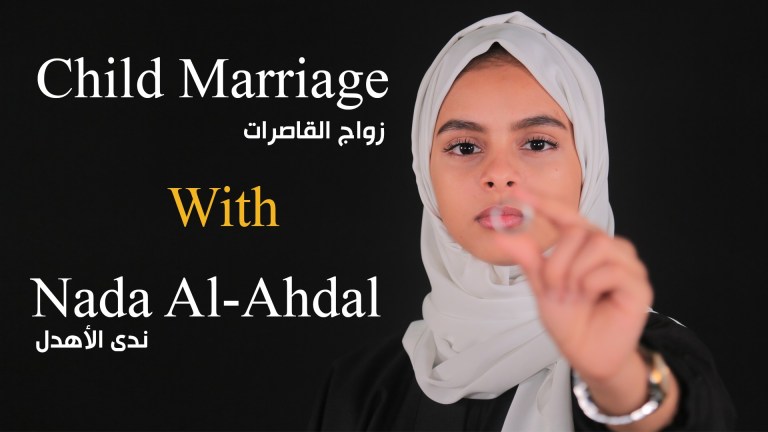 The Nada Foundation was started to deal with the issue of Child Marriage; to educate the public on its harms to the individual, to society and to the economy of Yemen. To this end the Foundation put together an extensive file on the effects of this violation of children’s human rights and produced a comprehensive report on the issue. The report was then divided into sections and made into short videos. The videos made on this topic enumerate and explain the connection between Child Marriage and domestic violence, and the devastating effects on the child being married. It also addresses the broader scope of the effects of underage marriage on society, including lower economic output, and spread of disease and epidemics.

One of the crimes against humanity committed against young girls,

A gross violation of human rights,

A killing of childhood innocence, and a shout of nations for rights and freedoms.

But the marriage of minors is a bigger offense than child recruitment because it occurs in all countries, unlike the recruitment of children, which often occur in countries of armed conflict.

More than 700 million children in the world married under the age of 18 are now suffering while alive.

More than 150 million men in the world suffer from underage marriage.

I mean every 2 seconds a girl this means every minute we lose dozens of girls.

The rate of underage marriage in the world could reach 1.2 billion by 2050 if these marriages are not stopped, and this has serious consequences for the world at various levels.

No country is free from this phenomenon of that kills human rights, especially developing countries.

These traditions and habits that are unjust, cruel and painful, Our parents became victims of the wrong habits that killed girls And is still killing more and more girls today.

The beliefs of fathers to marry a girl in a young age is considered to preserve her honor, secure her future and protect her from spinsterhood, like what happened with girls before them, Forgetting that marriage kills her future, destroys her life and deprives her of education, And contribute to the backwardness of society.

According to reliable studies, Most girls end up dying during pregnancy or childbirth Because of her body’s inability to endure, There are a host of important issues that are detrimental to the girl’s own interests if she survives, And reflected on society.

More than 250 girls have been forcibly married for social reasons or difficult living conditions, most of whom are displaced from war or exploited for the loss of their parents or their displacement. 6 women committed suicide in the capital Sana’a, Ibb, and Mahweet cities. The death of 12 girls in the night of Dokhla “ First night of Marriage” in Hodeidah, Rayma, Taiz, and Mahweet. The death of 45 children at the time of birth, some also lost their babies, in the hospitals of Hajjah, Hodeidah and some rural areas. 120 were transferred to hospitals in the first weeks of marriage. 69 of female children marriage cases are unknown until this moment.

What if the girl completed her education and married after the legal age with her own convictions! Let us imagine that this is our society, And these are our customs and traditions Our look of underage girls is like our look of male children.

Today we must all stand in the face of these violations, which destroy the souls of their victims; And with that, it destroys the coming generations who was raised up by rights violated mothers since their childhood, When they were taken by force to adult’s beds while playing with their childhood friends, And were taken from of study seat to take responsibility for a larger family than a child can bear. We must say with one voice, Childhood is not a product for sale, The female is not for trade, It must be recognized that any girl anywhere in the world must enjoy reserved and protected rights.

To watch the full episode 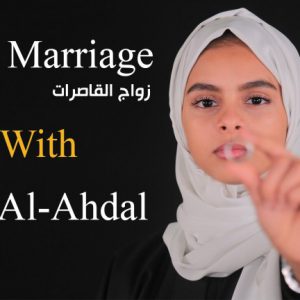 The Nada Foundation was started to deal with the issue of Child Marriage; to educate the public on its harms to the individual, to society