Meet Nada al-Ahdal, The Brilliant Girl Who Was Almost Married Off At The Age Of 11 (Video) 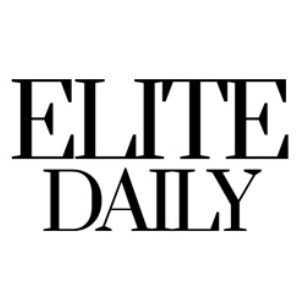 Despite the fact that we’re well into the 21st century, families marrying off their daughters at unthinkably young ages is still a fairly common practice.

You’ve probably heard this before, cared for a couple of minutes, and then continued to live your life. If you need to put a face to the issue, we’d like to introduce you to 11-year-old Nada al-Ahdal.

This thoughtful young girl from Yemen was set to be married against her will at the tender age of 11, but she courageously ran away from her family to avoid the wedding.

In a video telling her story, young Nada explains why this is wrong, a concept that shouldn’t be difficult to grasp, but sadly is.

Nada has seen the effects of arranged marriages before, as her aunt was married when she was 13. Within a year, she doused herself in gasoline, lit herself on fire and died.

When he did, Nada’s mother tried arranging a marriage for her.

“When I heard about the groom, I panicked,” Abdel said. “Nada was not even 11 years old; she was exactly 10 years and 3 months. I could not allow her to be married off and have her future destroyed, especially since her aunt was forced to marry at 13 and burnt herself. I did all I could to prevent that marriage. I called the groom and told him Nada was no good for him. I told him she did not wear the veil and he asked if things were going to remain like that. I said ‘yes, and I agree because she chose it.’ I also told him that she liked singing and asked if he would remain engaged to her.”

Nada’s uncle cared for her for years, letting her go to school, learn English, and travel the world. She’s a talented singer who performs in shows, but unfortunately, this is how the man trying to marry her, spotted her.

The Yemeni man who is currently living in Saudi Arabia did not care that Nada is only 11, nor did her parents, as the man worked abroad and is rich.

To really understand Nada’s story, you should listen to her own words. She is a bright-minded, well-spoken individual who has all the potential in the world to be somebody great. Had she been married away, she would most likely not have any sort of opportunity.

Check out the moving video below!

PrevPreviousMeet Nada al-Ahdal from ‪#‎Yemen‬. Nada is 11 years old; she ran away from her family to escape an arranged marriage.
NextLA ROSÉE DU MATINNext

Meet Nada al-Ahdal, The Brilliant Girl Who Was Almost Married Off At The Age Of 11 (Video)

Despite the fact that we’re well into the 21st century, families marrying off their daughters at unthinkably young ages is still a fairly common practice. You’ve